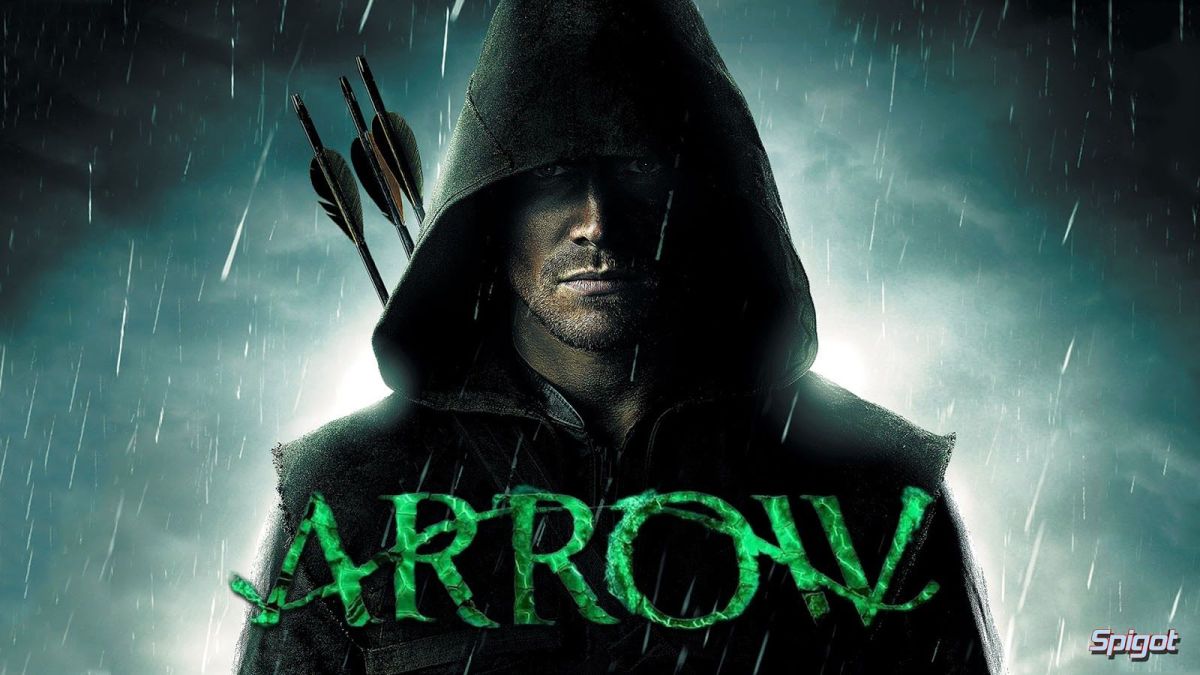 I would say yes, but it’s a slower build up than The Flash. When Arrow started, I had no idea what it was about other than a billionaire playboy-turned-vigilante-who-isn’t-Batman. I didn’t know it would be about Oliver Queen having been marooned on an island for five years and coming back to Starling City an expert archer with a vendetta. I wasn’t expecting the many flashbacks to Oliver’s time on the island, but they came to be one of the best things about Season One. You obviously have to go through some pretty heavy stuff to come back ready to kill dozens of one-percenters, so I appreciated the slow burn of learning what happened on the island.

And of course there are Oliver’s partners in vigilantism, John Diggle and Felicity Smoak. Having met both of them and getting to know Felicity in The Flash, I was just plain happy every time they showed up on screen. Oliver, Dig, and Felicity make a good team, and even as the team grows in Season Two to add a few other bad-asses with semi-tragic-to-tragic backstories, the core group of three remains solid and intact.

Out of all that I like about Arrow, what I appreciate most are the twists and turns of the plot. Each season has 23 episodes, which is actually kind of a lot nowadays. The Walking Dead has about 16 episodes per season and all the Netflix original series–House of Cards, Orange Is the New Black, Daredevil, Jessica Jones–run 13 episodes per season. Having been without cable for so long and not watching TV shows in a weekly format, I got used to shorter seasons as the norm.

That means since one season of Arrow is about the same length as two seasons of a Netflix show, there’s the capacity for it to get stale or ridiculous pretty quickly. Plot twists are necessary to keep interest up for 23 hours. Arrow rose to that challenge. While some of the dialogue writing is predictable, the plot twists never are. When all your characters are working in secrecy or have pasts they don’t want revealed, it provides a good vehicle for shocking new developments. That may make the show sound off-the-wall crazy, but all the plot twists make sense within the story. Nothing seems completely out of line, even when the twist blindsides you.

I’m glad I’ve started watching Arrow, but I’m really glad I started with The Flash first. I eased backward into Arrow’s characters and have been waiting in anticipation for The Flash’s characters to show up in Starling City (which they already have, of course). Terry and I finished Season Two of Arrow and started Season Three tonight. Barry Allen just called Oliver, and I’m looking forward to some more crossover action.

Scars and all, baby. Via.