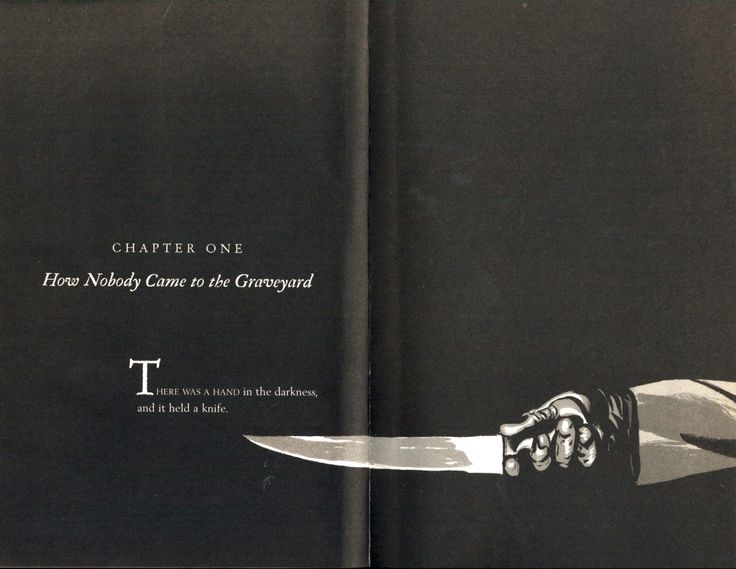 Cover image via, which is a helluva way to open a book.

Not much is worse than having a long layover or delay and running out of things to read. Last month, I had a several-hour layover in O’Hare before heading home to Indy. I’d finished the book I brought with me on the previous flight (Murder on the Orient Express by Agatha Christie), so I was stuck without anything to read. (And O’Hare’s wifi is terrible, so sitting on Facebook for three hours wasn’t appealing.)

I wandered into a bookstore and navigated my suitcase through the cramped stacks. After wandering the perimeter of the stores, I headed for the sci-fi/fantasy section because I knew I’d find something interesting. I checked to see if Neil Gaiman had signed any copies of his newest book, Norse Mythology—he hadn’t—then picked up The Graveyard Book. I’d read the title a few times on Twitter, but didn’t know anything about it.

The blurb on the back starts, “In this reimagining of Rudyard Kipling’s The Jungle Book—”

If I have any literary weakness, it’s retellings and reimaginings of classic stories. I’m pretty sure I’ve read 10 different versions of Cinderella in my life, and I devoured them all. But a reimagined Jungle Book? Where the wolves are ghosts and Mowgli is a living boy named Nobody being raised in a graveyard because an assassin—the Shere Khan of the story—failed to kill Nobody as a baby? Sign me up!

I enjoyed connecting the characters I knew from the Disney movie with Gaiman’s more macabre versions. Beyond that, though, the novel doesn’t need to be compared to Disney or Kipling. It stands on its own with compelling characters, a plot that draws you six feet deep, and a setting that’s as lovely as it is spooky.

If you haven’t read a lot of Gaiman’s work, I would highly suggest giving The Graveyard Book a read. It’s quick, fun, and will give you a healthy dose of childhood nostalgia in the process.